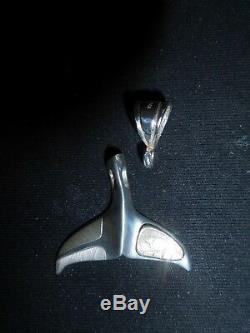 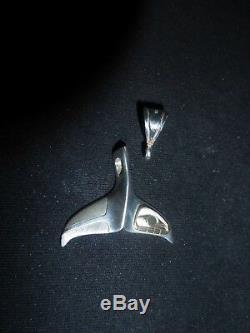 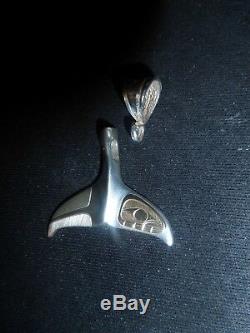 Pictures do not do it justice-Looks a lot better in person. Hollie Bartlett's family crest is the Killerwhale. She began her artistic career as a photographer for. Kahtou News: The Voice of BC First Nations. In 1998, she began an apprenticeship with established Kwakwakawakw/Tlingit jeweler Corrine Hunt.

She learned engraving techniques, stone-setting, and overlay methods with Corrine. In 2009, Hollie showed her work in the. Continuum: Vision and Creativity on the Northwest Coast.

Exhibition at the Bill Reid Gallery in Vancouver, BC. The item "NW Coast Kwakwaka'wakwithHaisla Whale Tail Silver-14K Gold Pendent Must See" is in sale since Monday, April 8, 2019. This item is in the category "Collectibles\Cultures & Ethnicities\Canada\ Aboriginal". The seller is "vinn-man09" and is located in Marysville, Washington.