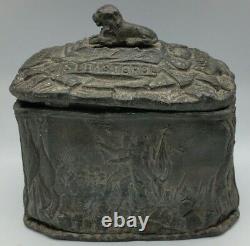 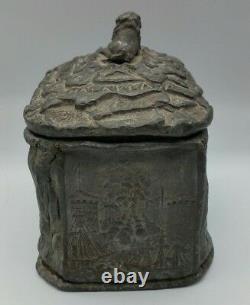 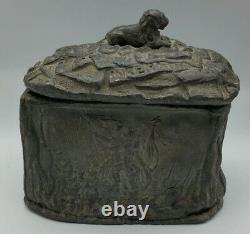 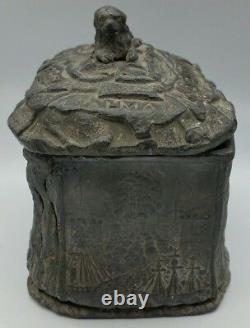 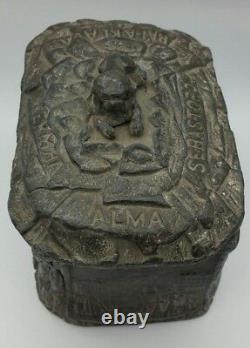 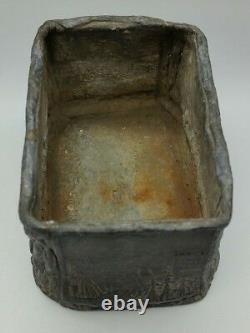 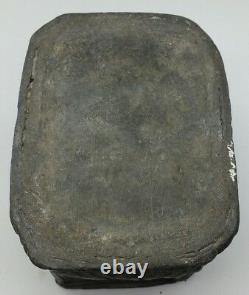 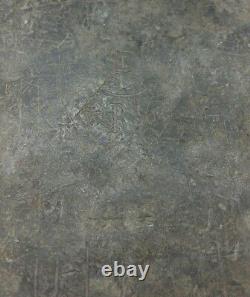 A very attractive, rare and interesting lead tobacco casket made up of panels depicting battle scenes from the Crimean war. The lid has area names Balaklava, Inkerman Sebastopol and Alma with the British Lion surmounting the top. This has a date stamp (4th March 1856) and a makers name. The scenes are highly detailed! Photographs nor words will do this item any justice. Measurements: 140 x 90 x 138mm. Condition report: has some dents, buckled in areas etc.

Personally, I think that this is in a good state for its age and has a lot of character. Would be a super addition to any collection!