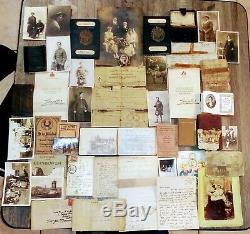 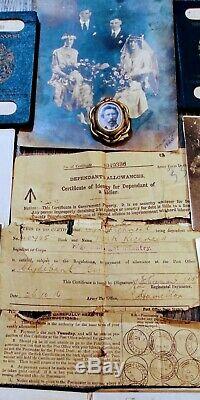 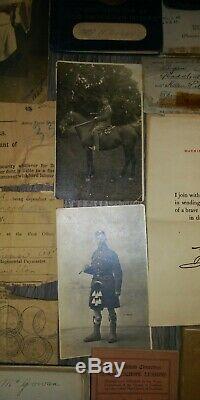 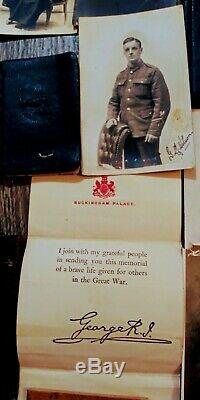 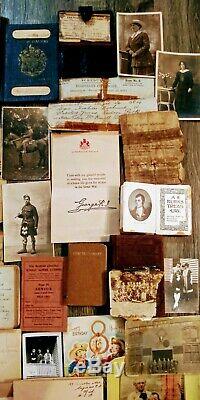 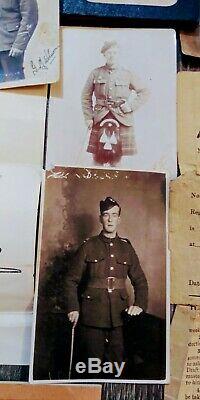 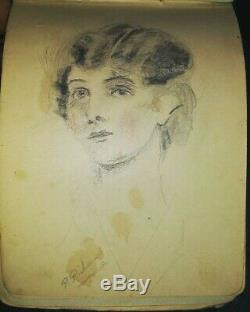 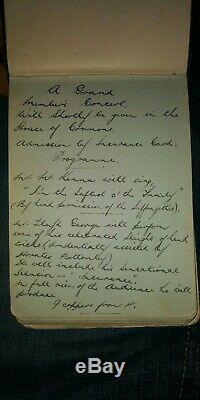 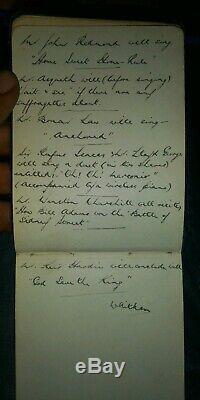 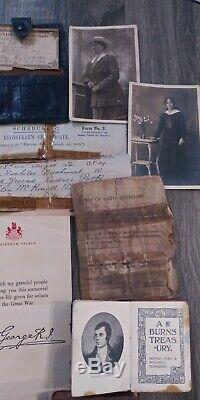 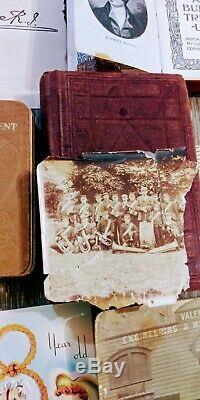 This is one of the most amazing lots I've ever found. From England and Scotland to America. The autographs book is amazing. From 1916 original soldier sketches and poems.

Some war sketches The most amazing thing in the autigraphs book is a written program for a Grand Members Concert. This took place at the House of Commons in the UK. It mentions the Suffragettes and how a John Redmond will be singing Home sweet home. Now before he sings they will have to wait to see if any Suffragettes are in the area.

The craziest thing is The Suffragettes were later charged for defacing a statue of John Redmond. This mentions a few other performers You can google names and link them all to the House of commons at that time. Some very powerful people The best of all is Winston Churchill spoke at this concert and it is mentioned in the program. Another cool item is this antique 1800s pretty large mourning hair/photo locket.

Has Private Robert Richmonds photograph Clear glass on back for hair. You would either clip it to your clothing or wear it around the neck. No hair in it though. Robert Richmond is related to the people you see pictured. Awesome age shredded ww1 document.

Robert Richmond Highland Light Infantry. Also family postcard pictures of other family members including Robert and other Military family members. From Scotish to British military. Robert was killed during the first WW April 14 , 1917 There are 2 papers sent to the family from Buckingham Palace.

Death penny i believe they are called. Papers with embossed seal from Buckingham Memorial for life given for their country. The Autographs book belonged to Robert. He was an amazing artist and drew quite a few pictures in the book from women to war. Sad he was killed in action a year later.

There are passports dated back to the early 20s of Roberts family. Sad letters of a daughter trying to speak with her father. Old postcards some arent even pictured. Birth certificate from 1800s A whole photo album from 1930s to 50s.

There is enough history and names in this lot to find living family members. Too much to show through photographs. Ive made my fb post of this public if you want to view Walt Greene. There are more than 50 photographs. More beautiful sketches than pictured.

The item "Amazing ww1 Lot Soldiers/family lot Must See Art notes mourning locket passports" is in sale since Wednesday, November 6, 2019. This item is in the category "Collectibles\Militaria\WW I (1914-18)\Original Period Items\Great Britain\Medals, Pins & Ribbons". The seller is "zeppgre-0" and is located in Silver Springs, Florida. This item can be shipped worldwide.